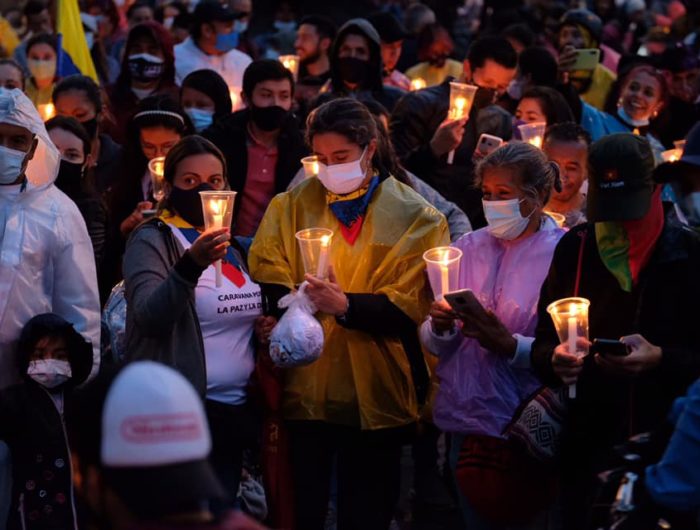 They have been days of hard stories, of meetings with the victims, of visits marked by pain. The International Solidarity and Human Rights Mission, which arrived in Colombia on May 25th, has made public a preliminary report showing how the State «has deployed on the defenseless civilian population practices «inscribed in the logic of war», considering «the majority of its people as an internal enemy», and narrating how «its regular and irregular security forces have disappeared, assassinated, tortured, abused, persecuted, threatened and intimidated vast sectors» of the population.

The harsh 19-page report details the tactics used by the State to limit the right to protest and gathers testimonies of victims in some of the main focal points of State violence since the strike began on April 28.

The human rights observers explain that the testimonies collected are overwhelming and demonstrate that «both the National Police in general and especially the ESMAD (mobile anti-riot squad) in conjunction with the Army, unload on the demonstrations and their surroundings a combination of behaviors and sophisticated arsenal, with severe consequences on the body and psyche of their victims. An authentic scenario that combines fire, smoke, gas and stampede (among other lethal resources) is portrayed by the numerous testimonies collected».

The report highlights the attacks against the medical missions, the conversion of the CAI and URI into detention centers, the violations of freedom of the press and «the abusive and arbitrary criterion of the powers to detain, the cruel treatment of detainees including torments, the particular abuse with sexual connotations on women and gender dissidents held, [which] constitute special and reprehensible violations not only of rights but primarily of the human condition». They also consider as «accredited the participation of armed civilians either from the same lines of the security forces or with their acquiescence».

To prepare this report, the Mission explains, it has met with victims in homes, in organizations and even in hospitals and highlights how there are sufficient testimonies that speak of a pattern of detention-disappearance and forced disappearance in the repressive strategy against the protests. But they also note that the community perceives that «beyond exceptions, the various government institutions do not assume the commitment required for the cessation of these violations, the relevant investigations and the effective enforcement of these rights».

The list of crimes committed by state forces or civilians in alliance with them is long, but the main ones noted by the Mission are: Forced Disappearance of People, crimes against life (homicides), against physical integrity (eye injuries, various injuries), against sexual integrity (sexual abuse), against freedom (illegal deprivation of liberty, arbitrary detentions, torture), against freedom of assembly and the free exercise of protest, or against property.

The Mission lists, city by city, the documented cases and the story is shocking. In its conclusions, the Mission considers that the Colombian State should be investigated for crimes against humanity and for having treated a significant portion of the civilian population as if it were an internal enemy. 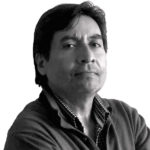 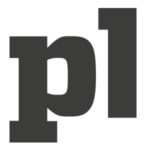 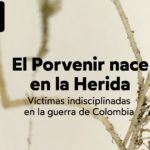